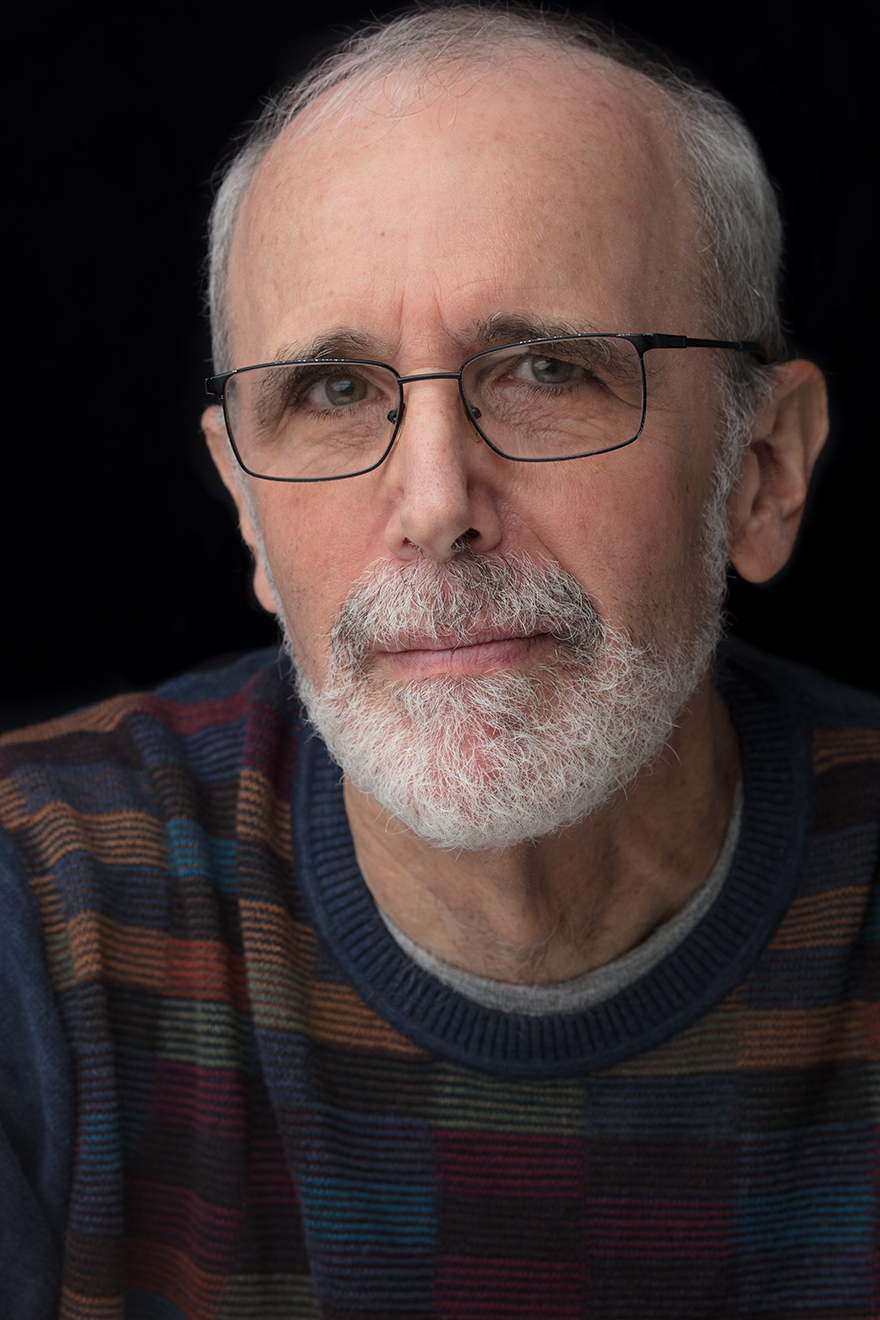 In addition to Ernest Lehman: The Sweet Smell of Success (University Press of Kentucky, 2022), I'm the author of three previous books:

Female Brando: The Legend of Kim Stanley (Watson-Guptill/Backstage Books, 2006), and

The Man in the Shadows: Fred Coe and the Golden Age of Television (Rutgers University Press, 1997),

They have been favorably reviewed in The New Yorker, the Times Literary Supplement of London, Time Magazine and other publications.

My favorite Ernest Lehman movie is Somebody Up There Likes Me.

My favorite movies of all time are Annie Hall, Midnight Cowboy, The Seventh Seal, L.A. Confidential and The Haunting (the original 1963 version directed by frequent Lehman collaborator Robert Wise, of course).

When not working on my non-fiction books, I write short stories, engage in leftish politics, walk around Los Angeles* and try to leave this tortured planet a little better than I found it.

Excerpt, followed by the Table of Contents

(From Chapter 5, "Ernest Lehman: The Sweet Smell of Success")

Back in California, cast and crew set about making the crop duster scene. Supposedly taking place along Highway 41 outside Chicago, it was filmed in the Central Valley north of Bakersfield. Cary Grant, Malcolm Atterbury (the laconic farmer with the immortal line "That plane's dustin' crops where there ain't no crops") and the other actors appear to have been there from October 7 through 9 [1958].

Most of the cast and crew flew from LAX to Bakersfield, but Lehman was driven up in an MGM limousine, listening to Game 5 of the 1958 World Series between the New York Yankees and the Milwaukee Braves. On location, everyone stayed at the Hacienda Motel in Bakersfield the first night and the Palm Garden in McFarland the next, about 20 miles north of Bakersfield and closer to the location.

Lehman wanted the opening of the scene to be shot from a helicopter. But art director Robert Boyle constructed a tower for the camera to show Cary Grant standing all by himself, with nothing in sight for 360 degrees, just as Hitchcock wanted. And there was indeed nothing in sight. "This is not just the middle of nowhere," one film writer has observed. "It is the Platonic idea of such a place."

And in a place that is the quintessence of nowhere, what better to happen – at least for a while – than nothing? Lehman was impressed with Hitchcock's audacity in letting several cars pass by, one after another, to build suspense. "Only Hitchcock, in my opinion, would have the guts to do as many of those cars passing by," he said. "No one else knows how to do that. Other people would say, 'God, let's get the plane into the picture!' He knows how to milk it so even if there's nothing there, it gets to be even more interesting." Two cars and a truck pass the anxious Thornhill, who's waiting to meet the non-existent George Kaplan. This sequence showed Hitchcock's mordant sense of humor: the second car to pass him is a hearse.

During the crop duster attack, Peggy Robertson. Hitchcock's trusted lieutenant and script supervisor, made an uncharacteristic blunder. "The whole business with Cary running up to the tanker – she had forgotten to make sure that he had crop-dusting powder all over his clothing," Lehman said. "They had to re-shoot the entire sequence. Because he was utterly clean after coming out of the cornfield. That was a really terrible moment, terrible." As Eva Marie Saint notes in the documentary "Destination Hitchcock," when Hitchcock realized the next day that Robertson had forgotten to make sure Grant was covered with crop-dusting chemicals, she burst into tears and became hysterical.

Up until the moment when the crop duster strikes the oil tanker, with both bursting into flames, the entire sequence is silent except for the brief exchange between Cary Grant and Malcolm Atterbury and the sound of cars whooshing by. Bernard Herrman, who scored the film and whose introduction of Lehman to Hitchcock gave birth to it, wanted to score the scene, but Hitchcock and Lehman insisted on silence to emphasize the solitary nature of Roger O. Thornhill's peril. Not until the crop duster strikes the oil tanker is there a musical cue, almost at the end of the 9 minute 40 second scene.

Although Lehman's research indicated that corn was grown along Highway 41 out of Chicago, it's not a common cash crop north of Bakersfield. To make the scene work, local resident John Lachenmaier purchased a three-acre field of corn from the farm run by agricultural students at nearby Wasco High School and used his farming equipment to transplant it to the location. There, he drove stakes into the ground and attached the corn stalks to the stakes. Although it has passed into legend as the crop duster scene, those working on the film knew it as the cornfield scene.

While most locals were kept at a distance from the filming, Lachenmaier's teenage daughter Lana was able to get past the rope because of her father's connection. She remembers Cary Grant as friendly, Hitchcock less so. "Cary Grant said 'Let me talk to her'," she recalls, "so I have pictures of me with him. He was very, very nice." Possibly mistaking Hitchcock's shyness for arrogance, she adds, "Now Alfred Hitchcock, no – he wouldn't even speak to me."

While on location for the crop duster scene, Grant was friendlier to Lehman than he might have wished. At a seminar at the American Film Institute in 1978, he was asked about Cary Grant's purported bisexuality. Lehman said the jury was still out, but added that while on location, Grant called him to his motel room, wanting to go over his lines. "He was wearing a towel. That's all," Lehman said. "We sat on the bed to go over the scene and I remember carefully leaving the door of the room open." Given Lehman's fear of public controversy – Grant was still alive – he first said, "God, don't ever let this reach print." Nearly 30 years later, Lehman and Jackie were on vacation in Palm Springs. Watching the news one evening, he saw Cary Grant running from the crop duster, which is how he learned that Grant had died.

To get as precise a sense as possible of where this iconic scene was shot, I contacted Scot Kimble, chief of police for McFarland, sending him a DVD of the film with a time stamp on the crop duster scene. He deputized a posse, which fanned out looking for the original location. They settled on Garces Highway (California Route 55), about three-quarters of a mile east of its intersection with Corcoran Road (as Dairy Avenue is called in that area) on the east side of the Kern National Wildlife Refuge. The scenery has evolved so much it's hard to recognize now. "What looks like a desert in the crop duster scene is now planted to pistachios," says David Jacobsen, the grandson of Rolf Jacobsen, on whose property the scene was filmed. "The landscape has changed so much."

Chapter Outline of "Ernest Lehman: The Sweet Smell of Success"

Lehman family roots, childhood and youth in Woodmere, L.I., and on the Upper West Side of Manhattan. Lehman an A student, but a nervous, bookish kid. College days during the Depression at City College of New York, where legendary instructor Teddy Goodman (whose students also include Paddy Chayefsky, Bernard Malamud and William Gibson) sparks his writing career.

Lehman write articles with lifelong friend David Brown for major national magazines, then becomes a writer of short stories and novellas. Works for legendary Broadway publicist Irving Hoffman, feeding items to powerful syndicated columnists like Walter Winchell, an experience which will give birth to his novella, film and Broadway musical "Sweet Smell of Success." Marries Jacqueline Shapiro. Birth of their first son, Roger.

Lehman's early years in Hollywood and his first two films, Executive Suite and Sabrina. Driven around the bend by the stress of writing with Billy Wilder by night what Wilder will film the next day, Lehman suffers a nervous collapse at the end of Sabrina. Birth of Alan, Lehman's and Jackie's second son.

Lehman's second batch of films: The King And I, Somebody Up There Like Me, and Sweet Smell of Success. His greatest success in live television drama, Rod Serling's adaptation of his novella The Comedian on Playhouse 90. Stress-generated illness drives Lehman off Success onto a South Seas recuperative vacation.

North By Northwest, every bit as much an Ernest Lehman film as a Hitchcock one.

From The Terrace, one of Lehman's lesser early films, and West Side Story, where Lehman is afraid of what the crowd at Sardi's, a popular Times Square restaurant, will think of his substantial reworking of the Broadway musical. But it wins 10 of 11 Oscars, Lehman's nomination for best adapted screenplay being the only exception.

The Prize, Lehman's third film with Paul Newman, is one of his least successful. But it's followed by monster hit (though not critical darling) The Sound of Music.

On Who's Afraid of Virginia Woolf?, the tormented mixed doubles onscreen between George and Martha (Elizabeth Taylor and Richard Burton) and Nick and Honey (Sandy Dennis and George Segal) are mirrored off-screen by the battles between producer/writer Lehman and director Mike Nichols. Lehman's personal life is also tormented off-screen, as his wife Jackie engages in an affair with a Beverly Hills doctor.

Lehman produces and writes Hello, Dolly! his fourth musical, then makes Portnoy's Complaint. The first loses money and is critically negligible, the second is a fiasco critically and commercially.

Aspiring to a literary pot of gold, Lehman publishes two potboiler novels, The French Atlantic Affair (1977) and Farewell Performance (1982). He also writes a genuinely amusing satirical column for American Film magazine on Hollywood; they're published in book form as Screening Sickness and Other Tales of Tinseltown. Lehman and Jackie increasingly summer in Paris and at Cap Ferrat on the French Riviera.

In 1983, Lehman is elected president of the Writers Guild of America West. His presidency is unsuccessful, as he presides over a strike in which the factionalized Guild, hampered by Lehman's indecisive leadership, folds quickly and gains few of its objectives.

Lehman's last efforts to do another movie: Zorba! (ca. 1986) and Hay Fever (ca. 1991) never get off the drawing board. He helps write three Oscarcasts. In 1991, his wife Jackie shows the first signs of Alzheimer's; she dies of cancer in 1994 after 52 years of marriage.

Lehman meets and marries his second wife Laurie Sherman, a generation-skipping 51 years younger than he. In 2001, he receives the first-ever honorary Oscar given to a screenwriter. Broadway production of Sweet Smell of Success. At age 86, Lehman has a son with Laurie, probably via in vitro fertilization. His health declines and he dies in 2005; a note he wrote in his last years, "See you soon, but don't hurry" is passed around at his funeral. Reflections on his life and work.

Ernest Lehman adapted four musicals; here is a song from each:

"America" (from "West Side Story")

"So Long, Farewell" (from "The Sound of Music")

In 1958, when sports nut Lehman was chauffered by MGM from Hollywood to the location for "North By Northwest"'s crop duster scene north of Bakersfield in California's San Joaquin Valley, he listened to the 1958 World Series between the New York Yankees and the Milwaukee Braves on the car radio.